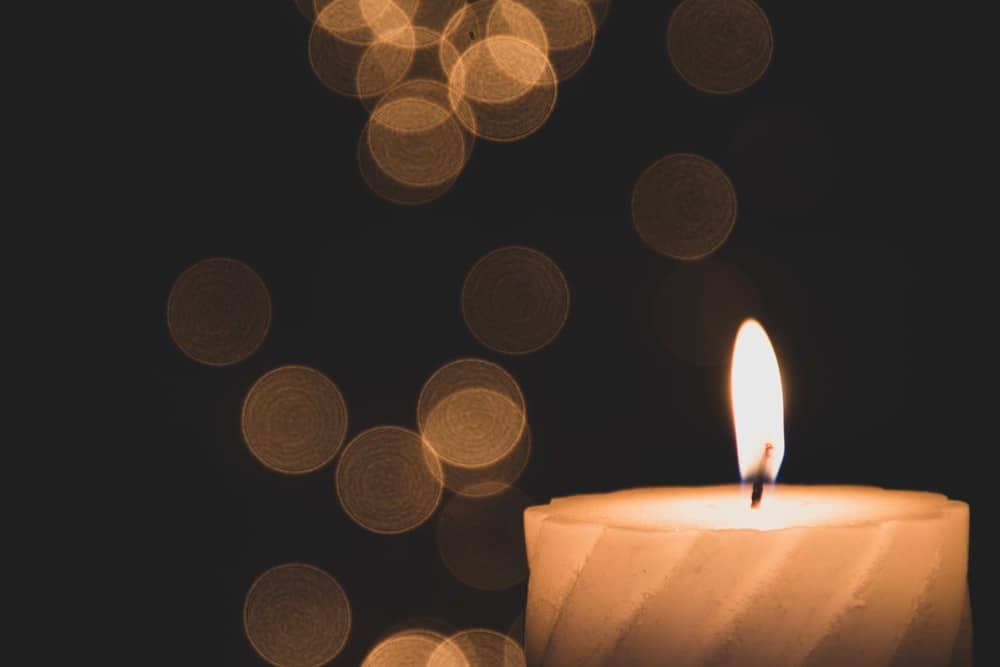 What are candles made of

Candles have been around for centuries, and their popularity is only increasing. But what exactly are they made of? In short, candles are made of wax – but not just any wax. The type of wax used in candles has a specific melting point and viscosity that helps the candle burn evenly and slowly. Different types of wax can also produce different colors and scents. For example, beeswax is a popular choice for making natural, honey-scented candles. In contrast, soy wax is often used to make environmentally-friendly candles that come in a wide range of colors. No matter what type of wax is used, though, all candles require a wick to provide a flame. The wick is usually made of cotton or another natural fiber, which helps it conduct heat and prevent the candle from smoking.

How do candles produce light?

When you light a candle, the heat of the flame melts the wax near the wick. This liquid wax is drawn up the wick by capillary action. As the liquid wax reaches the flame, it vaporizes, providing fuel for the flame to continue burning. The vaporized wax then mixes with oxygen in the air to create heat, light, water vapor, and carbon dioxide.

When a candle burns, it produces a small amount of soot. This soot is composed of tiny particles of carbon that are created when the vaporized wax reacts with oxygen. The soot collects on the sides of the flame, where it is eventually extinguished. However, some of the soot may be carried up into the smoke and released into the air. While soot from candles is not generally considered to be harmful, it can be an irritant for people with respiratory conditions such as asthma or allergies.

what is an artificial light source?

An artificial light source is any kind of light that is not produced by the sun. Common artificial light sources include incandescent bulbs, fluorescent lights, and LED lights. All of these types of lights work by generating electricity that then flows through a metal filament or gas-filled tube. This process produces heat, which in turn creates light. While artificial light sources are very efficient at generating light, they can also produce a lot of heat. If you need a lot of light but don’t want to generate too much heat, LEDs are a good option. However, if you need lots of light but don’t mind generating some heat, incandescent bulbs are a better choice. Fluorescent lights fall somewhere in between, providing good energy efficiency and lower levels of heat generation.

What is a natural light source?

A natural light source is any light that comes from a source outside of man-made objects. The three most common types of natural light sources are the sun, fire, and lightning. Each type of light has unique characteristics that make it useful in different situations. For example, the sun is the brightest natural light source and can be used to illuminate large areas. However, it can also cause glare and shadows. Firelight is softer and more diffused, making it ideal for creating a warm and inviting atmosphere. Lightning is often used to create dramatic effects in movies and photography. It is also the most unpredictable natural light source, which makes it difficult to control.

Candles are a popular source of artificial light, but there is some debate about whether or not they actually count as an artificial light source. Candles produce light when a flame heats the wax, causing it to vaporize and produce heat energy. This heat energy then causes the surrounding air to expand and produce visible light. While candles do rely on an external heat source to produce light, they do not require any electrical power or other forms of energy other than the heat from the flame. As a result, candles can be considered a natural light source, albeit one that requires human intervention to ignite.

Candles are fascinating objects that have been used for centuries to produce light. The materials that candles are made of, as well as how they produce light, make them unique among other artificial light sources. When you understand the basics of what candles are and how they work, you can appreciate them even more. Thanks for reading and be sure to subscribe to our newsletter for more interesting facts about candles! Introduction: When people light candles to get the feeling of that blissful ambiance, they do not want to let… 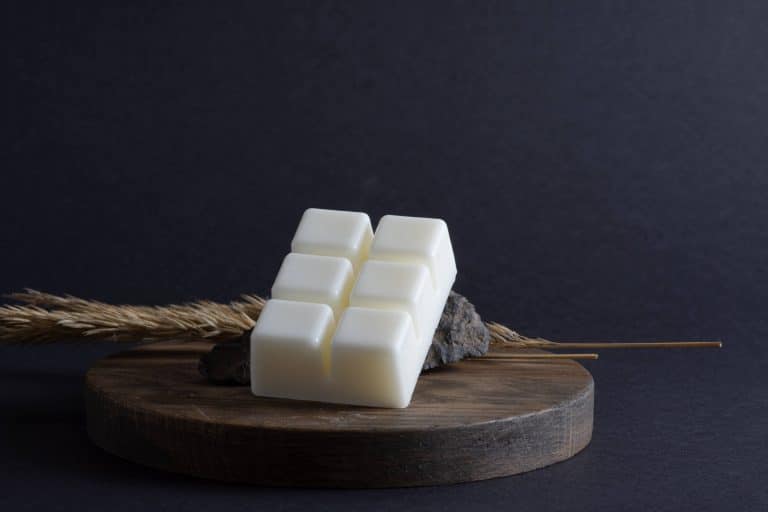 What Is a Wax Melt? A wax melt is a scented candle that is used to add fragrance to… 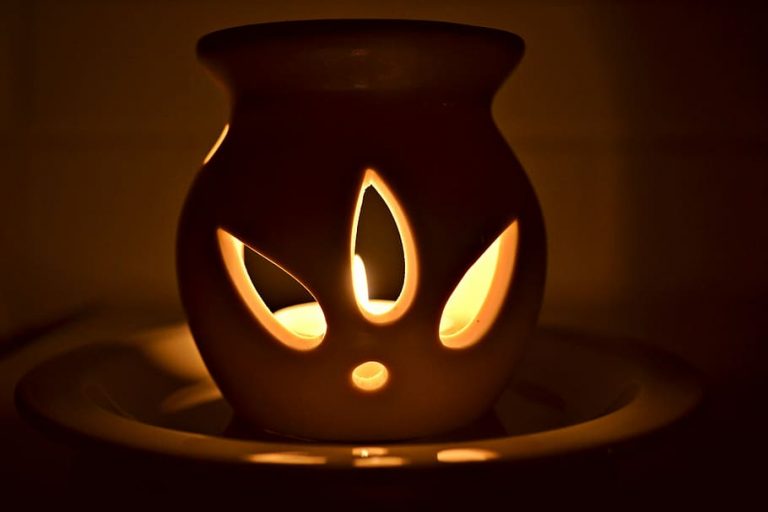 For a candle lover, there is nothing more satisfying than the soothing burn when the wax melts and you… Are you a rising entrepreneur, interested in a new challenge? Or perhaps a candle fanatic who has never taken… 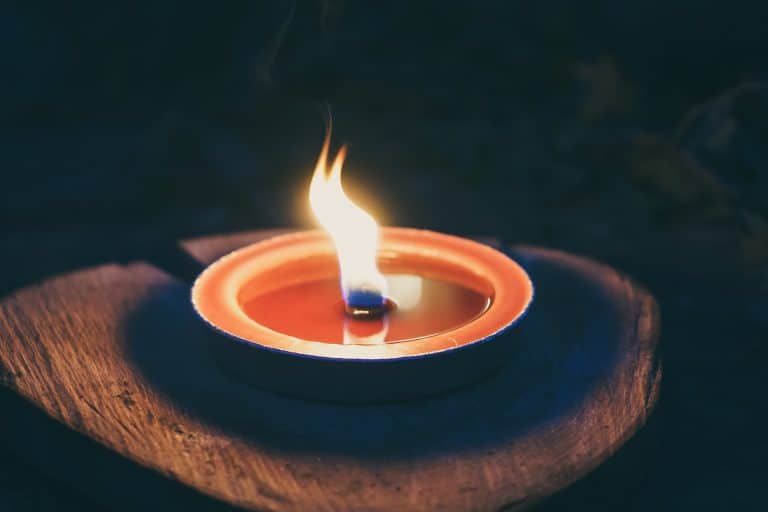 Candles are Labeled for Fire Safety. You can’t see the fire-safety designs that reputable candle manufacturers follow when making… In this neoteric phase of living in the realm of electronics, the candle is often taken as a luxury…

This site uses Akismet to reduce spam. Learn how your comment data is processed. 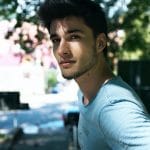 I Have A Masters Degree In Business From Washington University, And Candle-Making Has Been A Side Hobby And Passion Of Mine For As Long As I Can Remember. The days of using candles as a light source are over. Nowadays, candles we use candles for aesthetics, fragrance, and decoration. As the use of candles changes, so too do... The wick of a candle is the part that makes it functional. With a wick, you turn a brick of wax into a decorative and fragrant candle. While you can... Candles are a form of fragrant love and emotions packed in a small jar. There is nothing more suitable than candles in order to add warmth and light to every... 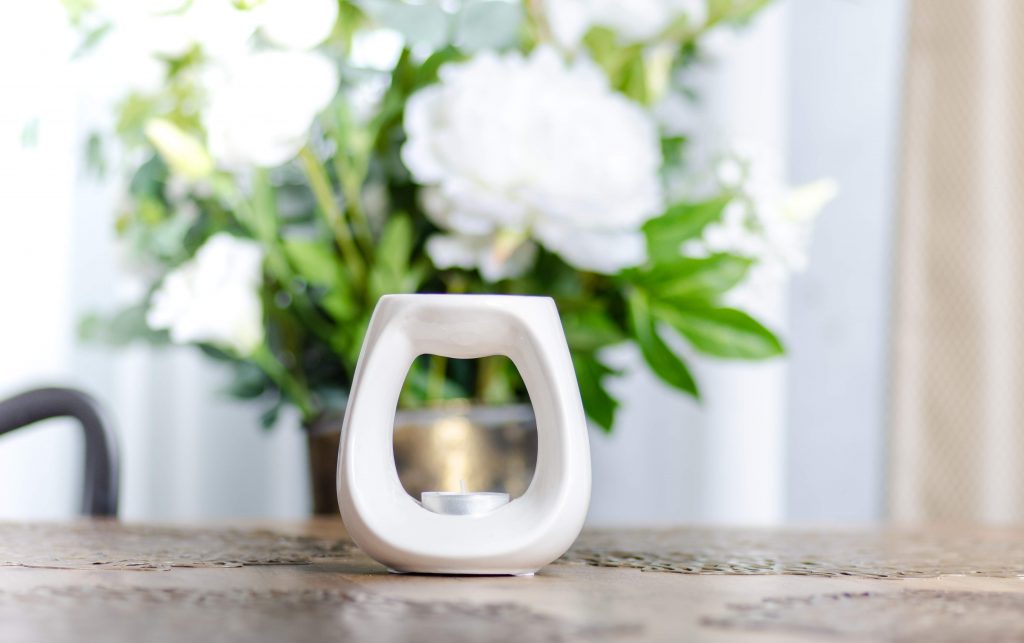 The days of using a regular old fashioned open flame candle are long gone. Nowadays the most popular item to use is an electric candle wax warmer to add amazing... 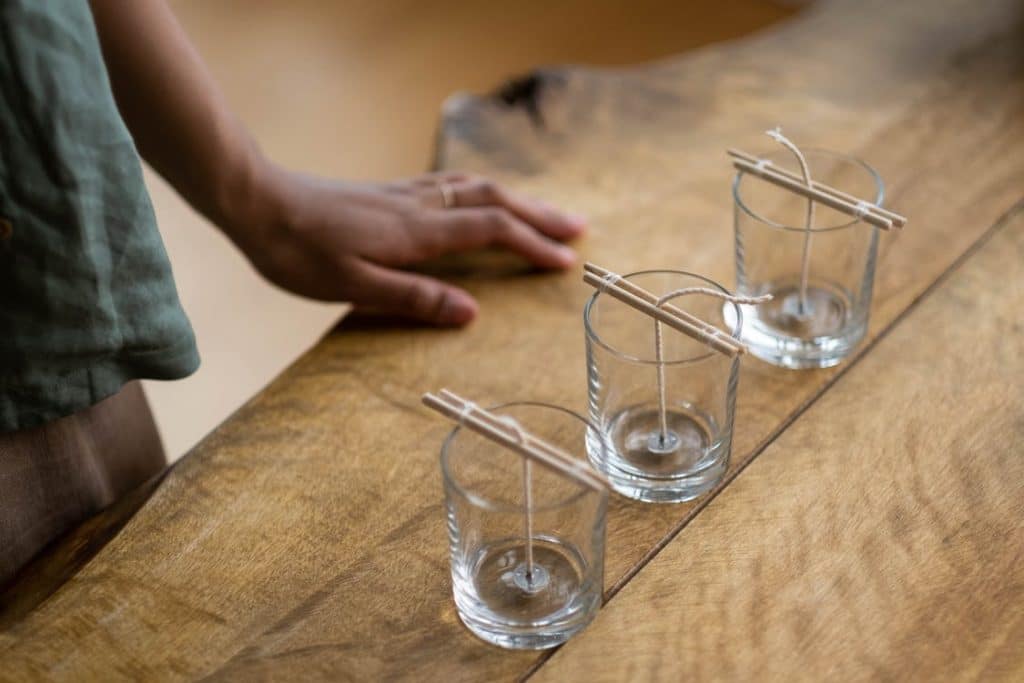 What is the best wick for soy candles? If you asked yourself that question before finding this article, then rest assured that you’re in the right place. After testing some... For those who want to leave their house smelling great but don’t want to use harsh sprays or expensive candles, wax melts are perfect. Wax melts are a cheap and... What is a Fire Starter? A fire starter is a device or tool used to help start a fire for cooking, warmth, and other purposes. Fire starters can be as... 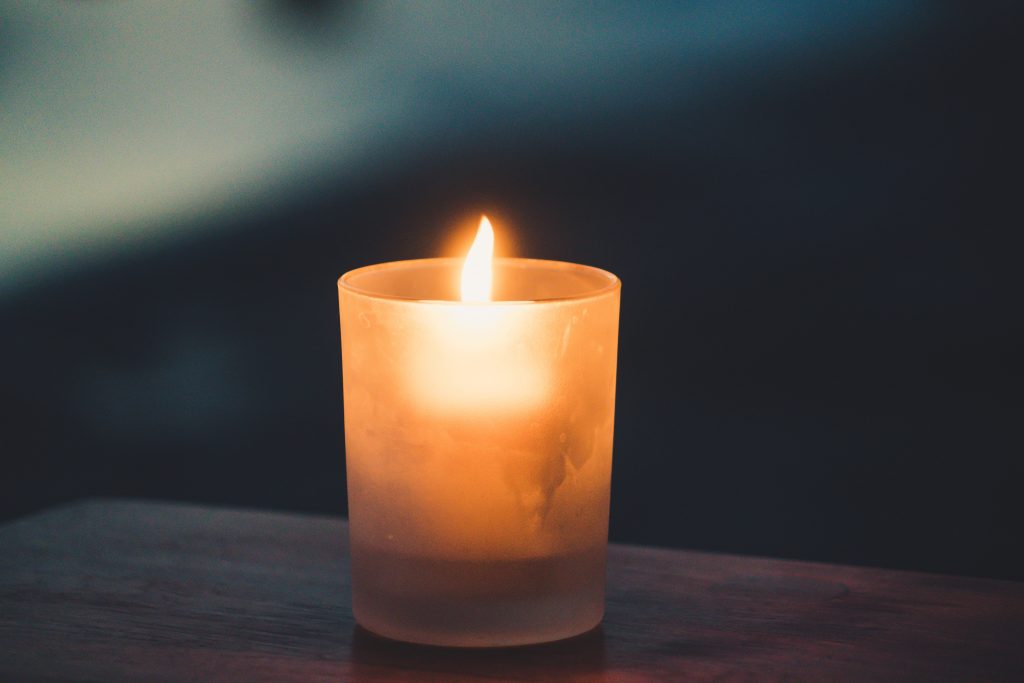 Wax Warmers vs Candles Are Wax Melts Different than Candle Wax? Wax melts are cubes of scented wax that are melted in a wax warmer. They are usually made of... Want to get creative with your candles? Keep reading for a step-by-step guide on how to package candles, as well as some useful candle-wrapping ideas. All you really need when... 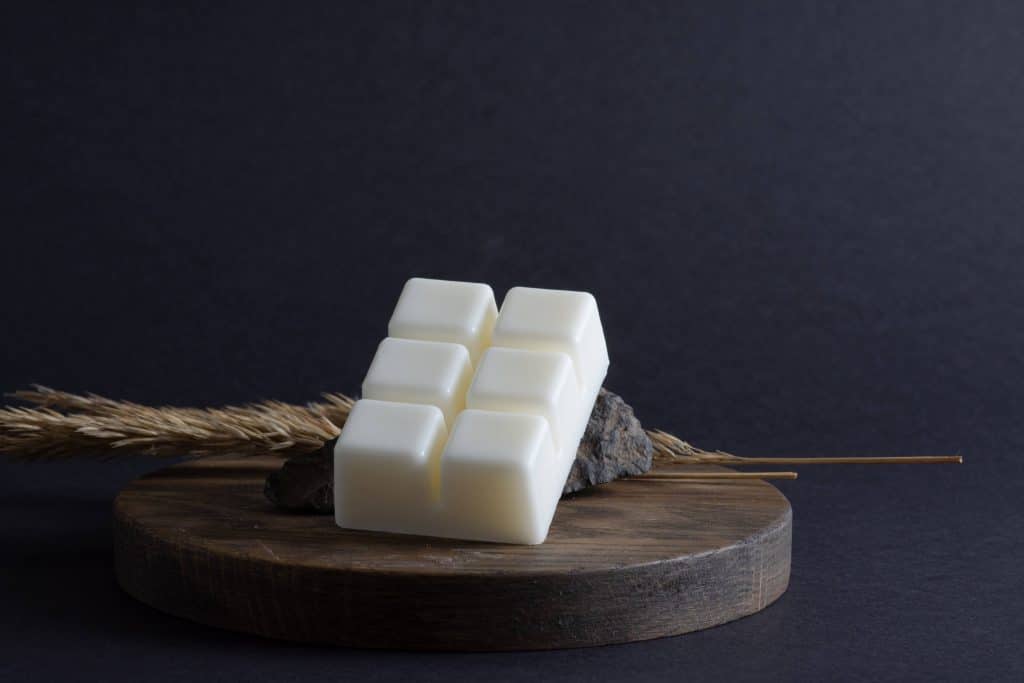 What Is a Wax Melt? A wax melt is a scented candle that is used to add fragrance to a room. Unlike traditional candles, wax melts do not have a... stay up-to-date on the latest candle trends, learn about new candle scents, and discover how to make your own candles by subscribing to our email list.

We use cookies on this site to enhance your user experience. Learn more